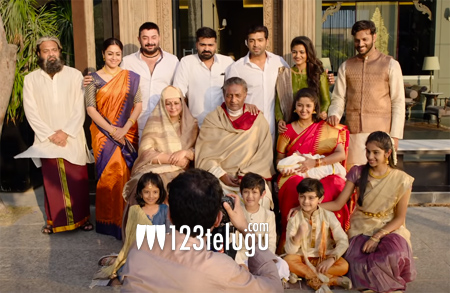 Mani Ratnam’s upcoming film Nawab is gearing up for release on September 27. The film has been in news for its mammoth starcast including Arvind Swamy, Simbu, Jyothika, Arun Vijay, Vijay Sethupathi, Prakash Raj, Aditi Rao Hydari among many others. And expectations are high from the multi-starrer considering that the film marks Mani’s return to a gangster themed film after a long time.

The film’s Tamil version was censored earlier today and it has been given U/A certificate. Incidentally, the runtime of the film is said to be 2 hours 23 minutes. Given the number of characters the film boasts of and intriguing conflict between them, it is expected to a pacy drama.

AR Rahman has scored the music. The Telugu version too is expected to be censored soon and release simultaneously along with the Tamil version.