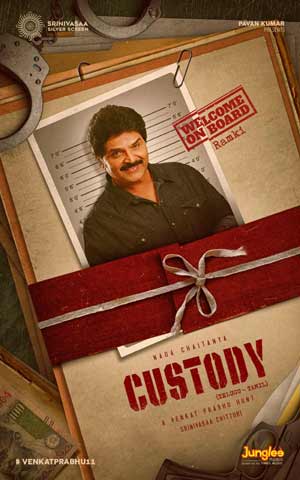 Akkineni hero Naga Chaitanya will be seen next in Custody, a bilingual movie directed by Venkat Prabhu. The movie has Krithi Shetty as the female lead.

The latest news is that the Ramki of RX 100 fame is onboard the film. The makers have officially announced it online.

Arvind Swami is the antagonist in this intense action drama. Priyamani, Sarathkumar, Sampath Raj, Premji, Vennela Kishore, and Premi Vishwanath are doing other important roles. Produced by Srinivasaa Chitturi under the Srinivasaa Silver Screen banner, the film has Ilaiyaraaja and Yuvan Shankar Raja as music directors.