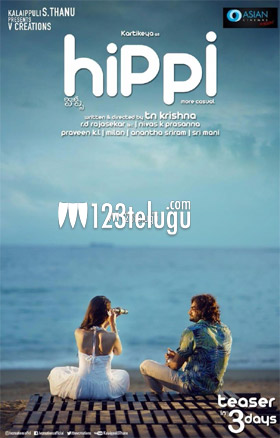 Following the blockbuster success of RX100, young hero Kartikeya had signed a biggie with Kabali producer Kalaipuli S Thanu. The film, titled Hippi, is a Telugu-Tamil bilingual romantic action entertainer. The film was majorly shot in Chennai and Sri Lanka and the shooting is nearing completion.

As per the latest updates, Hippi’s teaser will be out on March 20. Kartikeya will be romancing two Mumbai actresses, Digangana Suryavanshi and Jazba Singh, in the movie. Tamil director TM Krishna is directing Hippi. Ace Cinematographer RD Rajasekhar is cranking the camera for the film. Asian Cinemas is presenting the movie.