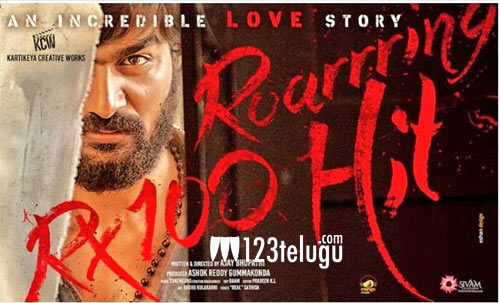 The word of mouth for RX 100 is pretty strong as the film is going from strength with each passing day. With the film collecting good amounts on the first day, it continued the same with the second day as well.

The film made a total share of 1.08 crores on day two taking its grand collections to 2.5 crores. With this speed, this film will each get into the profit zone by this Monday itself as it has been made on a shoestring budget of under 2 crores.

Ajay Bhupathi directs this film which is a very unconventional love story which is attracting the youth in a big way.