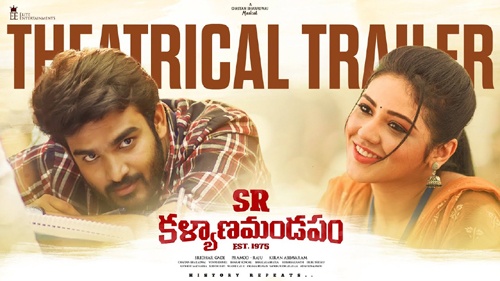 S R Kalyanamandapam is a film that was supposed to release before the second wave. But it did not happen and now, the time has finally come for its release on August 6th.

The makers have started the promotions and today, the trailer was released. By the looks of it, the film is going to be an emotional father and son story. Sai Kumar plays Kiran’s Abbavaram’s dad in the film and his role looks interesting.

The small town setup, the love story between the lead pair, and the action elements also look good. Kiran Abbavaram, in particular, has a good screen presence and carries the film on his shoulders.

The songs of the film are already a big hit and now the trailer has also lived up to the hype of the film. Sridhar Gade directs this film and, let’s see how it will work on the big screen.