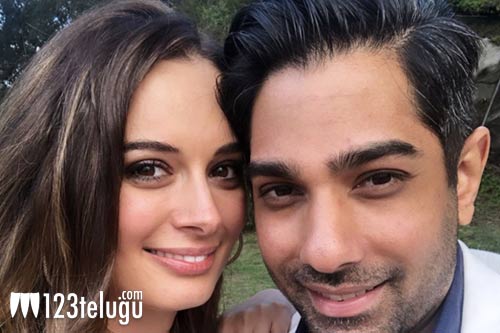 Saaho actress Evelyn Sharma got engaged to her Sydney-based boyfriend Dr Tushaan Bhindi. The engagement took place on the famous Harbor Bridge in Sydney, Australia. Evelyn has been in love with Tushaan, who’s a dental surgeon, for the last one year since they both met on a blind date planned by their common friend.

Evelyn was born in Frankfurt, Germany, to her Punjabi father and German mother. She moved to Mumbai to pursue a career in Bollywood and made her acting debut with Turn Left in 2006. She went on to appear in popular movies like Yeh Jawaani Hai Deewani, Jab Harry Met Sejal and Saaho, where she played a cop in Abu Dhabi.