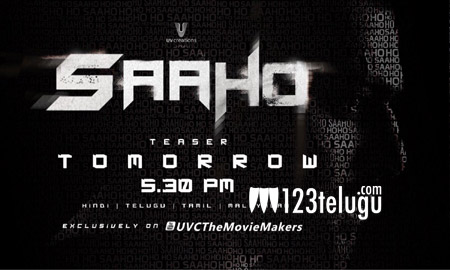 Here’s some good news for all the fans of Young Rebel Star Prabhas. The makers of Prabhas19, Saaho, will be unveiling the film’s teaser at 5:30 pm tomorrow.

This morning, the film’s teaser was leaked online and went viral within minutes. Unfortunately, even several Prabhas fans were seen sharing it on social media, forcing the makers to change their plans and release the teaser earlier than scheduled.

Saaho is being​ made in Telugu, Tamil, Hindi and Malayalam and nearly 150 crores are pumped into its making. UV Creations banner is producing this action thriller, while Sujeeth is directing it.