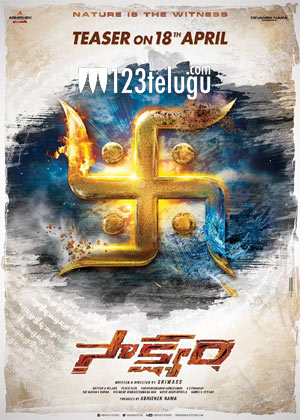 Young stars Bellamkonda Sai and Pooja Hegde are currently in the US, shooting for a high-budget action thriller titled Saakshyam. The film’s intriguing story features the five elements and nature plays a crucial role in the film’s narrative.

As per the latest update from the makers, Saakshyam’s teaser is going to be released tomorrow (April 18). The movie is currently in the last leg of its production phase. The post-production formalities are underway simultaneously.

Saakshyam is being directed by Sriwass and produced by Abhishek Nama under Abhishek Pictures banner. The film is scheduled for release this summer.