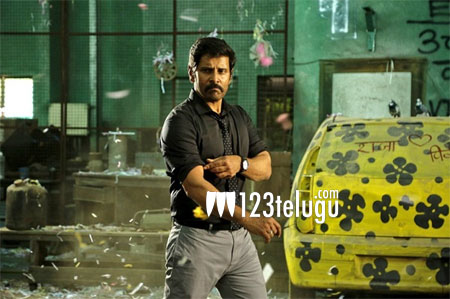 Vikram’s Saamy Square is one of the highly anticipated movies of this season. The shooting of this film has been wrapped up and the post-production is on in full swing.

The latest we hear is that the makers are planning to release the film on the 24th of August in a big way. Saamy Square is a sequel to the 2003 blockbuster, Saamy. Keerthy Suresh is the leading lady in this sequel.

Vikram will be seen as an angry cop in this film which is being directed by Hari.