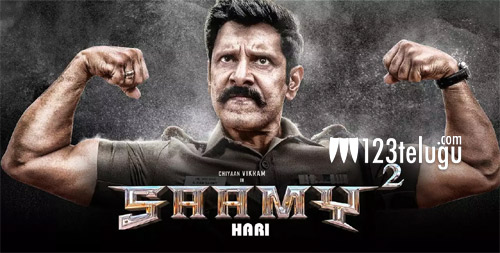 Fans of Chiyaan Vikram are eagerly awaiting the release of the actor’s mass action entertainer, Saamy Square. The film’s trailer, although panned by critics, grabbed everyone’s attention with some high-voltage action sequences and director Hari’s over the top commercial packaging.

Now, the latest update is that Saamy Square’s complete audio album, including the Telugu version, will be out on July 23. Devi Sri Prasad has scored the film’s music. Keerthy Suresh is the film’s leading lady and Bobby Simha is the main antagonist.

Saamy Square is a sequel to the 2003 blockbuster, Saamy. Shibu Thameens is producing the movie. The film is hitting the screens in August second week, as an Independence Day treat.