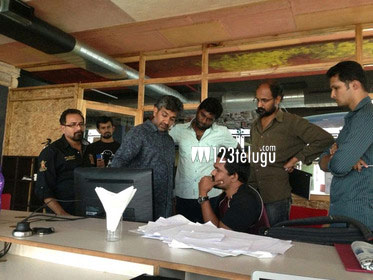 National Award winning director Sabu Cyril has worked wonders for many films in his career. Films like ‘Ashoka’, ‘Robo’ and ‘Om Shanti Om’. He is now working his magic for the film ‘Baahubali’. The movie is a period action adventure and a lot of art work is involved.

Sabu Cyril’s team has created some very ancient looking set pieces with great attention to detail. Along with the set pieces, the team has also created weapons, chariots, costumes and other props required for the movie.

Prabhas and Rana Daggubati will be seen as the lead actors in the film. S.S.Rajamouli is the director and Arka Media is the production house behind the movie. Music is being scored by M.M.Keeravani.