Sad- If not for lockdown two massive films would have released today
Published on May 22, 2020 2:57 pm IST 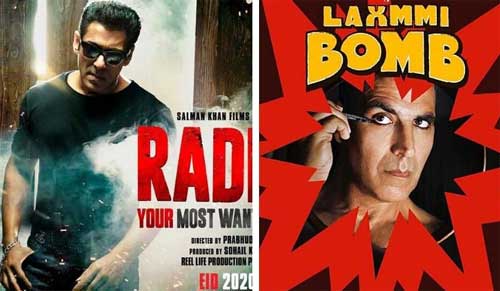 Eid is one of the biggest festivals in the country as the Ramzan month is celebrated in a solid manner in Hyderabad and all over. Some good Hindi releases come out every year and out of them, Salman Khan’s film is a must.

But this year, sadly, only for the second time in the last decade or so, there will be no Salman Khan film for Eid. If there was no lockdown, today the country would have seen two big releases in the form of Salman Khan’s Radhe and Akshay Kumar’s Laxmmi Bomb.

So much was said about these films but sadly they wont not see the day of the light anytime soon. Meanwhile, there are talks that Akshay Kumar’s film Laxmmi Bomb will be out on OTT platform soon.