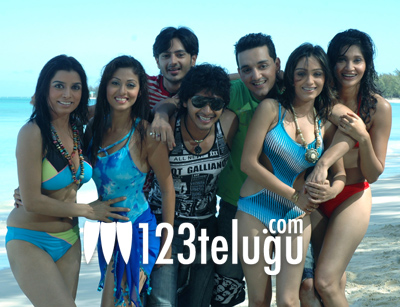 Yes you heard it right. That’s the title of Sada, Sneha Ullal and Reema Sen starrer. This film which was very successful in Tamil, is now being dubbed in Telugu. Aaroju, which is termed as a glamor oriented horror flick is directed by noted cinematographer Sangeeth Shivan. Produced by Addala Venkata Rao and A Selvan, this film is currently in its post production and dubbing stages. Music of this film is composed by Sharma and release date will soon be announced.