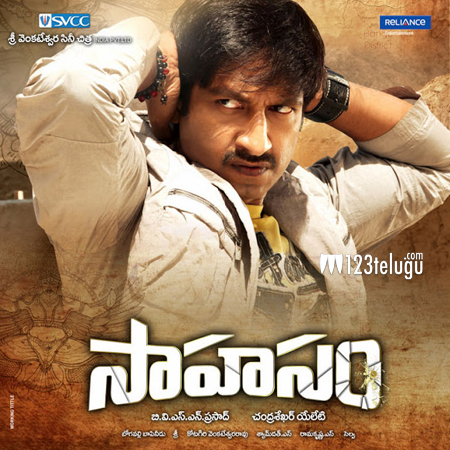 Gopichand and director Chandrasekhar Yeleti have teamed up for the action adventure, ‘Sahasam’. The movie was supposed to release on the 5th of July, but it has now been shifted to July 12th.

The news was confirmed by the film’s PRO. ‘Sahasam’ has managed to generate some curiosity among movie lovers with its fresh theme and superb visuals. Sources say that Chandrasekhar Yeleti has taken special care for the filming of this action adventure.

Tapsee will be seen as the heroine opposite Gopichand and BVSN Prasad is the producer. Sri has composed the film’s music.