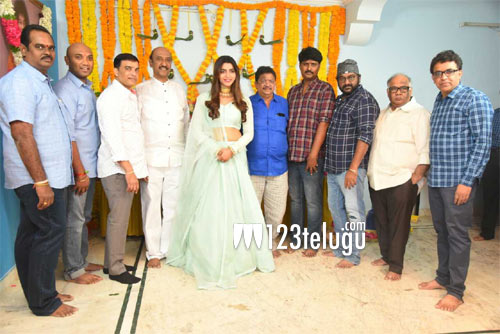 Sai Dhansika is a known actress in Tamil but she is slowly making her presence felt in Telugu cinema. Her new film was launched today in Hyderabad.

The film is a female-oriented project and will be produced by Sree Sai Lakshmi Creations. A debutante director Hari will be introduced with this film.

The shoot of this film will start tomorrow in a specially erected set in RFC. This schedule will go on for the next twenty days or so and the makers are planning a late summer release.