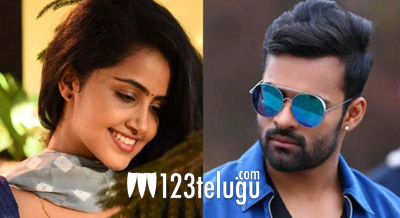 Hero Sai Dharam Tej is busy wrapping up his next movie under Karunakaran’s direction. For the first time, Sai is trying out an out-and-out romantic entertainer. The film stars Kerala beauty Anupama Parameswaran as the female lead. The film is scheduled for release later this summer.

Since morning, there have been several rumors that the SDT-Karunakaran movie has been titled Andamaina Chandamama. Reacting quickly, Sai took to Twitter and clarified that no title has been locked yet. Senior producer KS Ramarao is bankrolling the movie and Gopi Sundar is scoring the music.