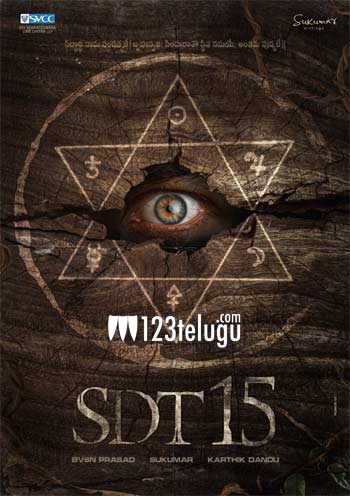 Sai Tej, who is back in form with back to back hits has now signed up to do a new movie. To be made as a mystical thriller, the film was announced today. The poster comes with a Sanskrit rendition and looks like there is an interesting story behind it.

Sri Venkateswara Cine Chitra LLP which has been producing big-ticket movies for several years, and Sukumar Writings, are going to produce the film. Star producer BVSN Prasad will be bankrolling the project.

Karthik Dandu, who has worked in the writing department of Sukumar in the past, will be making the film as an exciting mystic thriller. Sukumar himself is penning the screenplay.