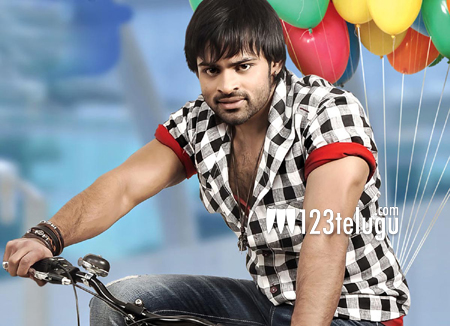 If the latest buzz in the film circles is to be believed, young Mega hero Sai Dharam Tej will once again team up with hotshot producer Dil Raju for an interestingly titled film, Sathamanam Bhavathi. As per the buzz, Satish Vegesna, who earlier penned screenplays for Gabbar Singh and Ramayya Vastavayya and directed Krishnudu’s Ramadandu, will be directing this film.

If this project materializes, it will be the third consecutive film in the combination of Sai Dharam Tej and Dil Raju. Earlier, Sai made his onscreen debut with Pilla Nuvvu Leni Jeevitham, which was co-produced by Dil Raju and Allu Arvind. Sai is currently working on Harish Shankar’s Subramanyam For Sale, being produced by Dil Raju.