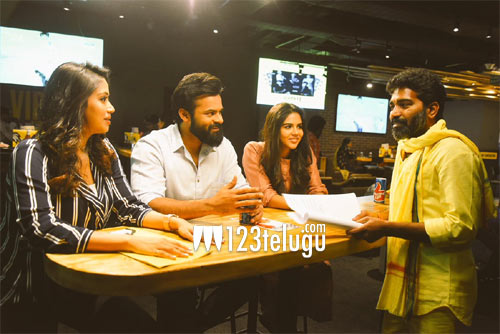 Recently, there were speculations that Chitralahari may be postponed to May. However, the film’s team today confirmed that Chitralahari is quite ready to hit screens on April 12 as scheduled. This triangular love story is being produced under Mythri Movie Makers banner. Devi Sri Prasad is scoring the soundtrack.