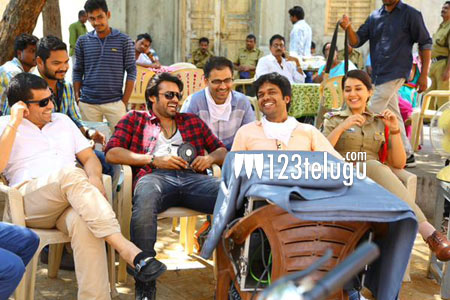 After the decent success of his last release Subramanyam for Sale, young Mega hero Sai Dharam Tej kick started the regular shooting of his next film, Supreme, this morning. The film is being produced by Dil Raju and directed by Anil Ravipudi. In the film, Sai will be essaying the role of a taxi driver and ravishing Delhi actress Raashi Khanna will be seen as the film’s leading lady.

This will be Sai’s hat-trick film with Dil Raju, who earlier produced Sai’s Pilla Nuvvu Leni Jeevitham and the recently released Subramanyam for Sale. Thanks to the success of both the films, fans’ expectations are quite high on Supreme. Adding to this, Supreme will be the second film of director Anil Ravipudi, after the solid success of his debut film, Pataas.