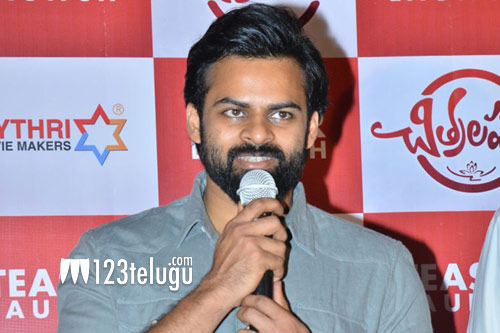 Hero Sai Dharam Tej is currently shooting for Maruthi’s family entertainer, Prathi Roju Pandage. The film is carrying a good buzz since it marks the first ever collaboration between Sai and Maruthi. Meanwhile, Sai has reportedly signed his next film.

The latest reports reveal that Sai’s new film will be directed by a debutant named Subbu, who was a former Assistant Director in Uyyala Jampala and Majnu fame Virinchi Varma’s team. The film is touted as a romantic entertainer, and Sai is quite excited about its script. Senior producer BVSN Prasad will be bankrolling the project. Stay tuned for more updates.