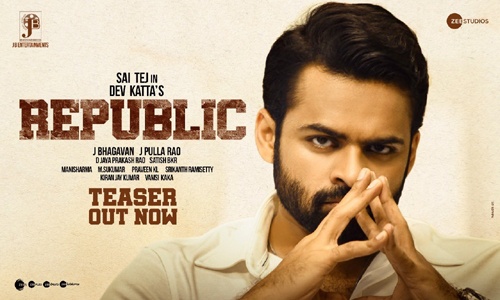 Hadn’t it been for the unfortunate bike accident, Sai Dharam Tej would have been promoting his upcoming outing, Republic now. The young and talented actor is currently recovering from the injuries he sustained following the accident.

In the view of Sai Dharam Tej’s accident, the makers of Republic are said to be contemplating postponement of the film.

Given the current circumstances pertaining to Sai Dharam Tej’s health condition, it would be practically impossible to promote Republic, which is announced for release on the 1st of October. So, the makers are planning to postpone the release. An official announcement on the same is awaited though