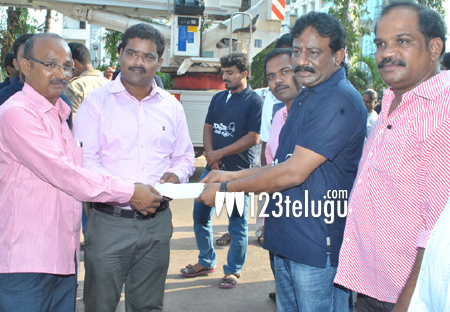 123telugu had already reported that noted producer Sai Korrapti has donated 100 tons of rice to the cyclone victims in Vizag. Latest update is that he has also donated an extra 25 lakhs to the relief fund.

This is indeed a great gesture from Sai Korrapati, as he has led by example for helping the needy. Career wise he is going great guns as his latest film, Dikkulu Choodaku Ramayya has been declared a huge hit at the box office.