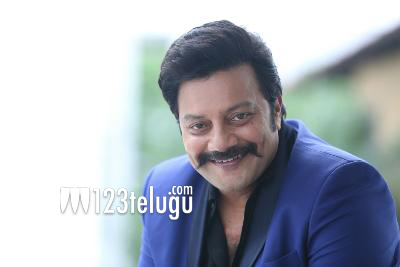 Sai Kumar is one talented actor who is doing some very interesting roles in the recent times. After a brief gap, he will be seen in a completely negative role in his upcoming film Manalo Okadu.

The talented actor will be seen as a media baron in the film which is directed by R P Patnaik. Speaking during an interview, Sai Kumar said he has given his best for this film which will bring him back in the game in terms of performance oriented roles.

Manalo Okadu is up for a release this Friday.