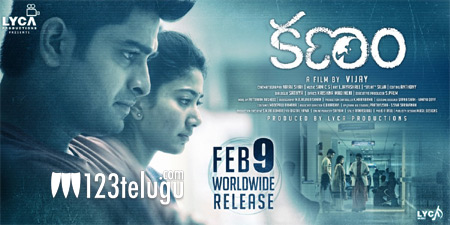 Fidaa beauty Sai Pallavi and young hero Naga Shaurya will soon be seen in a Tamil-Telugu bilingual horror drama titled Kanam. The film is titled Karu in Tamil. This is Sai Pallavi’s debut movie in her mother tongue, Tamil. She plays mother to a 4-year-old girl in this emotional thriller.

As per the latest updates, Kanam and Karu will be hitting the screens on February 9. Popular Tamil director AL Vijay has directed the movie and Lyca Productions banner has bankrolled it. 2.0’s cinematographer Nirav Shah is the cranked the camera for both the versions.