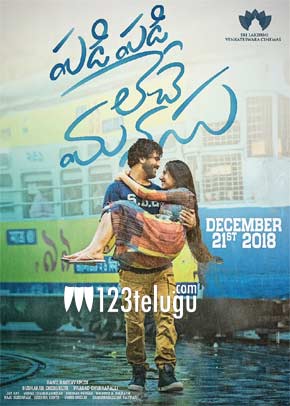 It’s well-known that talented actors Sai Pallavi and Sharwanand are acting in a romantic drama, titled Padi Padi Leche Manasu. The film was extensively shot in Kolkata and Nepal, apart from Hyderabad. The film is being directed by Hanu Raghavapudi.

Currently, Padi Padi Leche Manasu’s team is canning a song featuring both Sharwa and Pallavi. According to the latest updates, the entire shoot will be wrapped up by October first week. The film’s audio album will be unveiled in the same month.

Prasad Chukkapalli and Sudhakar Cherukuri are bankrolling Padi Padi Leche Manasu. The film is slated for release on December 21.