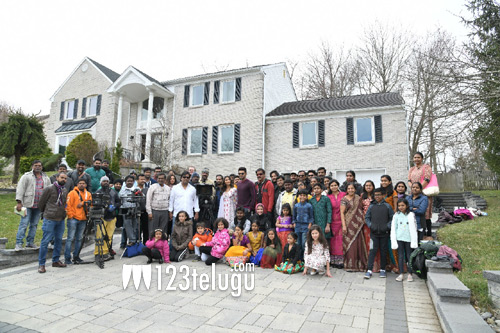 Young hero Bellamkonda Sai Sreenivas and Pooja Hegde’s upcoming movie, Saakshyam, is currently being shot in the United States. The team will be camping there for 15 days and shoot in some of the exotic locations like New York, Grand Canyon and New Jersey.

Apart from several crucial scenes featuring Sreenivas, Pooja Hegde and comedian Vennela Kishore, a song will also be shot on the lead pair in the US schedule. Director Sriwass is wielding the megaphone for this flick, which is being made in a different genre with high technical standards.

Saakshyam also stars Jagapathi Babu, Rao Ramesh and others in supporting roles. The film is being produced by Abhishek Nama under Abhishek Pictures banner.