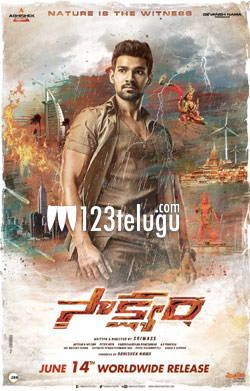 Recently, the makers of Bellamkonda Sai and Pooja Hegde’s ongoing action thriller, Saakshyam, unveiled the film’s teaser. The teaser impressed everyone with some spectacular visuals and an intriguing plot. Buzz surrounding the film is quite good.

As per the latest updates, the makers have locked June 14 as the release date for Saakshyam. The film is being directed by Sriwass and produced by Abhishek Nama under Abhishek Pictures banner. Jagapathi Babu plays a key role in the film. Harshavardhan Rameshwar is the music composer for the movie.