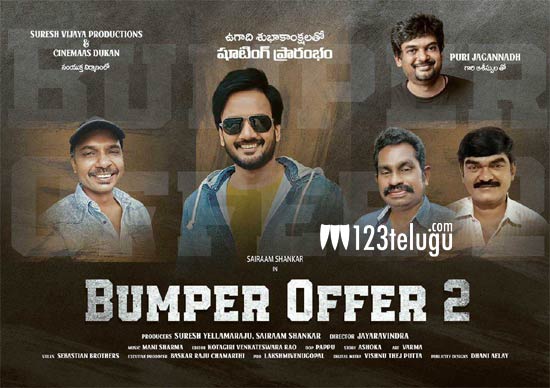 Sai Ram Shankar is trying hard to get back in the game and does films once in a while. A few years back, he did a film called Bumper Offer that was produced by his brother Puri Jagan.

Now, years later, Sai Ram Shankar is coming up with the sequel of the film. Titled Bumper Offer 2, the film was announced today, and Jayaravindra, who made the first part will direct the sequel as well.

The news is that the characters will be mostly the same but it will be a different story. The first part had Bindu Madhavi and we need to see which heroine does this role.

What’s more special is that Sai Ram Shankar will also produce this film. Mani Sharma scores the music and the shoot will start this Ugadi.