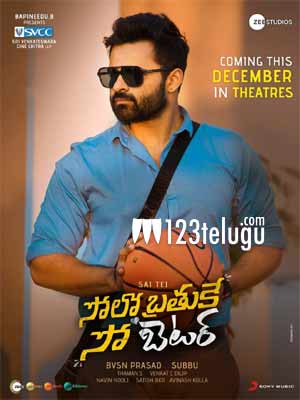 Young stars Sai Dharam Tej and Nabha Natesh will soon be seen in the youthful romantic entertainer, Solo Brathuke So Better. It’s been recently reported that the film was acquired by Zee group.

According to the latest update, Zee group has shelled out a cool Rs 23 crores to acquire SBSB’s total rights, including the theatrical, satellite and digital streaming rights. The film will be simultaneously released on the Zee5 is OTT platform apart from hitting theaters across the world in December.