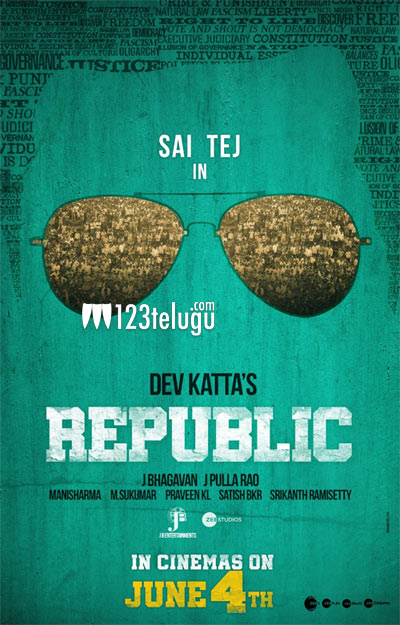 The makers of Sai Dharam Tej and director Deva Katta’s ongoing film have unveiled the film’s title a couple of weeks back. Titled Republic, the film is said to be an intense drama.

Meanwhile, the latest news is that the makers have decided to release the film on June 4, 2021. An official poster with the release date also came out this afternoon.

Co-starring Aishwarya Rajesh, Republic also has Jagapathi Babu and Ramya Krishnan in key roles. JB Entertainments banner is bankrolling the movie and has its music composed by Manisharma