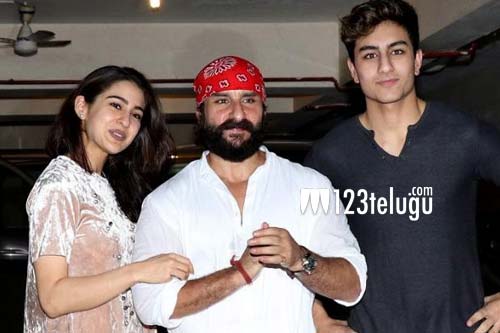 Just months after Saif Ali Khan’s daughter, Sara Ali Khan made a big splash in Bollywood, the actor’s son, Ibrahim is all set to follow the actor’s footsteps. Buzz is that the youngster has evinced his interest to act in films and that Ibrahim’s first film will be produced by Saif Ali Khan himself.

The youngster is expected to groom himself and undergo intense acting workshops before he’s launched in Bollywood. In the past, Sara had stated that her brother is a promising actor, and even though he’s shy, he can emote well through his eyes.

With Saif and Sara’s career going great guns, it remains to be seen if Ibrahim too manages to make a mark in Bollywood. More details are awaited.