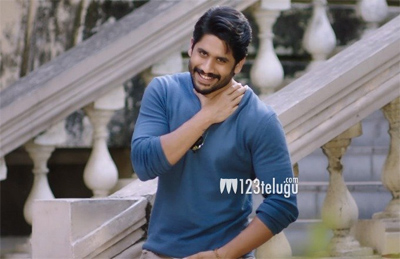 The much-awaited teaser for Naga Chaitanya’s upcoming romantic family entertainer, Sailaja Reddy Alludu, is out finally. All of 45 seconds, the breezy teaser manages to pique audiences’ curiosity thanks to the unusual chemistry between Chay and the film’s leading lady Anu Emmanuel.

Sailaja Reddy Alludu’s teaser has a few glimpses of Maruthi’s trademark comedy. The track involving Chay and Ramya Krishna will be something to watch out for. The film’s shoot has been wrapped up recently. Maruthi is directing the film and Suryadevara Nagavamsi is producing it. The film is slated to hit the screens on August 31.