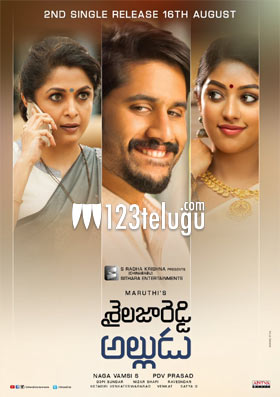 The first single from Sailajareddy Alludu, Anu Baby won decent praise from the listeners and is catching up within no time. The latest we hear is that the second song from the film will be out on the 16th of this month.

Anu Emanuel and Naga Chaitanya play lead roles in this film which is directed by Maruti. The makers of the film are slowly revealing interesting promotional material from the movie making things interesting for the audience.

The film is up for an August 31st release and there are great expectations from this project which also has Ramya Krishna in a lead role.