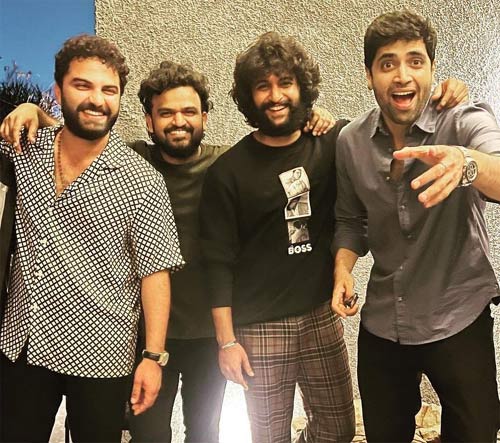 The entire team of HIT 2 is on cloud nine for scoring a massive success at the box office. Having Adivi Sesh as the lead, the movie is creating wonders at the ticket windows.

Team HIT 2 celebrated the grand success of the film and the director Sailesh Kolanu took to Twitter and shared a pic of him with the heroes of the HIT franchise – Vishwak Sen, Adivi Sesh and Nani. He captioned the pic that something big is loading up.

In another tweet, he made a promise that he will create a next-level rampage with HIT 3, starring Nani as Arjun Sarkaar. This showed the level of confidence Sailesh has. He also shared the look of Nani as Sarkaar.

Nani fans pinned high expectations on the next instalment. They are eagerly waiting to see how the natural star will be seen as a ruthless police officer.