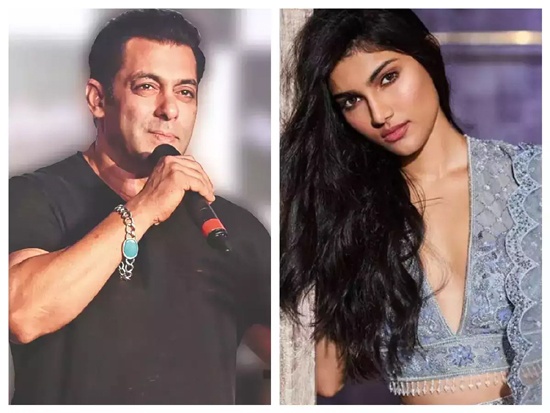 Bollywood superstar Salman Khan, who was recently seen sharing screen space with his brother-in-law Aayush Sharma in Antim, is all set launch his niece Alizeh Agnihotri in Bollywood. Alizeh is the daughter of Salman’s sister Alvira Khan Agnihotri and Atul Agnihotri.

Apparently, Salman has zeroed in on the perfect script that will showcase Alizeh’s talent. The young beauty was initially supposed to be making her acting debut with a film that was also supposed to launch Sooraj Barjatya’s son Avnish Barjatya and Bobby Deol’s son Rajvir Deol. However, the project never materialized due to reasons unknown.

Alizeh had completed her graduation in the UK and she is currently working as a model in Mumbai. She did a campaign for a popular jewellery brand. More details about her launchpad project will be out soon.