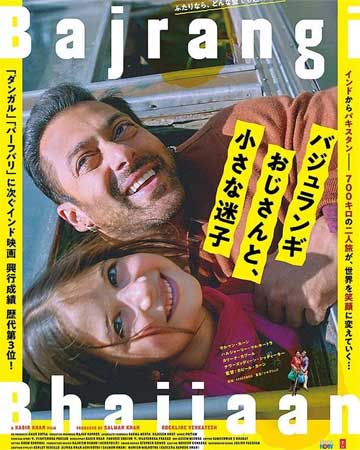 Released five years ago on the same day, Bollywood Superstar Salman Khan’s emotional drama, Bajrangi Bhaijaan went on to become one of the highest grosser in the star hero’s career.

Directed by Kabir Khan, the film was even released in countries like China, Japan, and witnessed great reception there also.

Meanwhile, the latest we hear is that even after completing five years since its release, the film is still running in a few theaters in Japan. This news comes as a surprise for all the moviegoers and proves Salman’s caliber in the overseas market.