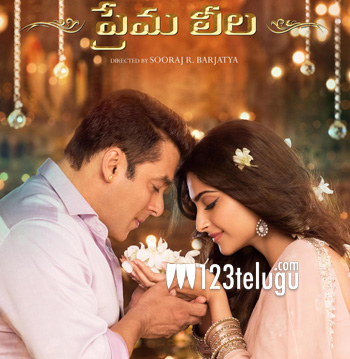 As per the latest reports, Premaleela will be releasing on the 12th of November as a Diwali treat. The film is directed by noted filmmaker Sooraj Barjatya and produced by iconic Bollywood production house Rajshri Productions, which earlier gave classics like Prema Pavuralu and Premalayam etc.

Sonam Kapoor is the film’s heroine and the Hindi version will also be releasing on 12th November.