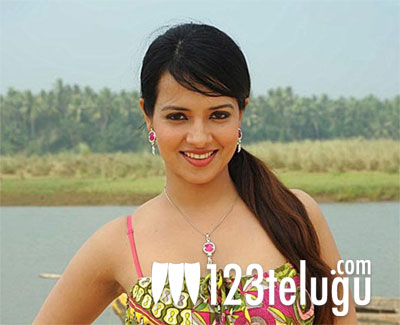 After bagging important roles in Balakrishna’s Adhinayakudu and Venkatesh’s Bodyguard, Saloni is all set to sizzle in an item song in Vikram’s upcoming Tamil film titled Rajapattai. The song is being shot in AVM Studios in Chennai and Shobi master has choreographed this hot item number on the heroine. Suseenthiran, the director of Naa Peru Shiva, is directing the film. Few weeks ago, after Hansika turned down an offer to do the item number, Shriya and Reemma Sen were approached and both of them agreed to be a part of the item number with Vikram. Now, Saloni has joined the league of these actresses who are all set to sizzle on screen. Deeksha Seth is playing the lead role in the film. Vikram is playing the role of a celebrity gym trainer and he’s sporting a macho look for the film. The film is expected to hit the screens in December this year in Tamil and Telugu simulatenously.