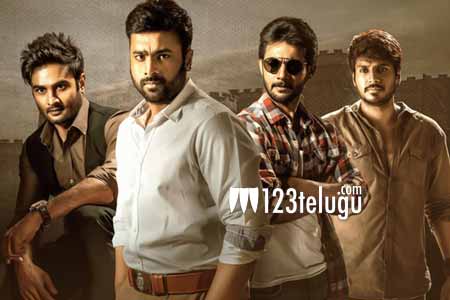 The presence of star heroes has helped the openings of Samantakamani big time. The film opened to some decent collections all over yesterday. The crime thriller saw good occupancy at both single screens and multiplexes all over.

With the film also getting good reviews, the buzz for the product is pretty good. The comedy has worked and so was the twists that were showcased in the second half.

This is talented director Sriram Aditya’s second hit in a row and he has been widely appreciated for the way he has handled all the four stars. Sundeep Kishan, Nara Rohit, Aadi and Sudheer Babu play lead roles in this film.