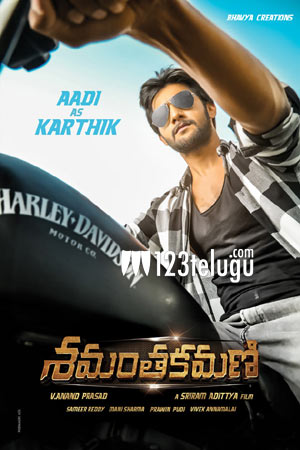 Director Sriram Aditya surprised everyone when he roped in four bankable heroes for his second film Samantakamani. The first look teaser created a superb buzz for the film.

Now, the first look posters of all the heroes in the film are being released one after the other. Today, hero Aadi’s poster as Karthik was released and the young hero looks quite stylish and confident in his look.

The film is slowly becoming a talking point all over the social media and reports suggest that various distributors are taking a keen interest in this project. Sundeep Kishan and Sudheer Babu also play other leads in this film.