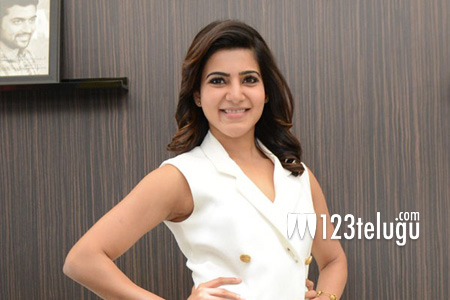 Superstar Samantha is one actress who carries a super fan following all over. She is a hugely popular star and has a following more than some star heroes in Tollywood.

That popularity has now been taken to another level as Samantha has reached three million followers on Twitter. This is no mean feat as Samantha only works in the south and the reach is limited.

Not only with her films, Samantha has gained huge fans through her social work and this is one of the main reasons for her sheer popularity all over.

Currently, she is busy with two Tamil films and is shooting for it in Chennai.