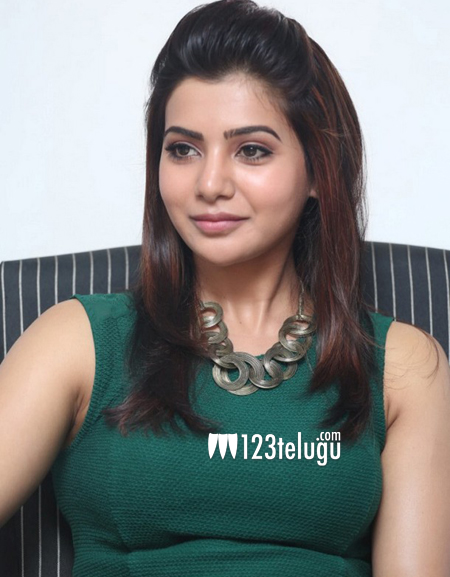 Super star Samantha is a busy bee nowadays. She is working alongside several biggies in both Tollywood and Kollywood. In the past, she has been a part of big ticket multi starrers like Manam and SVSC.

Now according to the latest updates, the actress has been approached for yet another multi starrerfilm. This movie has not yet been confirmed but Samantha is excited about this film.

As soon as she announced this news, speculations started making the rounds that it would either the NTR, Vamsy Paidipally project or the Pawan Kalyan, Venkatesh project.

But denying all these rumors, Samanta clarified it on twitter ” Ummmm I wish I was part of the ntr-nag film or Powerstars film but these are not the films I am talking about. Will announce soon. Thankyou”

Samantha has wrapped up the shooting for Anjaan opposite Suriya. She has as many as four releases in coming months. These include Rabhasa , Alludu Sreenu, Auto Nagar Surya and Sikandar (Anjaan)