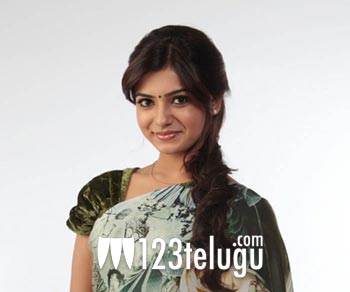 Samantha has begun dubbing for herself for Gautham Menon’s upcoming film Neethane En Ponvasantham. All these days, singer Chinmayi used to dub for Samantha for all her Telugu films; however, for the first time in her career, Samantha is going to dub on her own. For now, she’s only dubbing for the film’s Tamil version and it remains to be seen whether she does the same for the Telugu version titled Yeto Vellipoyindhi Manasu. Jiiva and Samantha are playing the lead roles in the Tamil version and Nani will be seen in the Telugu version, instead of Jiiva. Ilayaraja has composed the music. Gautham Menon has planned a massive audio launch in Chennai later today and the highlight of the event is going to be Ilayaraja’s live performance along with his entire orchestra from Hungary. The film is going to hit the screens in October.