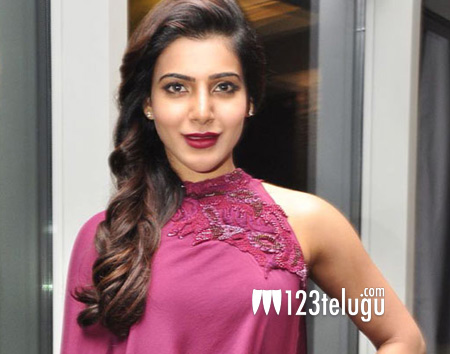 Gorgeous actress Samantha is one of the leading actresses down south. Today, her latest Tamil film, Theri, is releasing on the occasion of Tamil new year and Samantha is hoping that the film will change her fortunes this new year.

Last year, Samantha had two big releases in Tamil, Vikram’s 10 Endrathukulla and Dhanush’s Thangamagan. Both these films flopped and even the much hyped Bangalore Naatkal, where played a cameo, failed to bring her the much needed success.

Theri is releasing amid a lot of positive buzz and humongous expectations, and Samantha is highly confident about the film’s success.