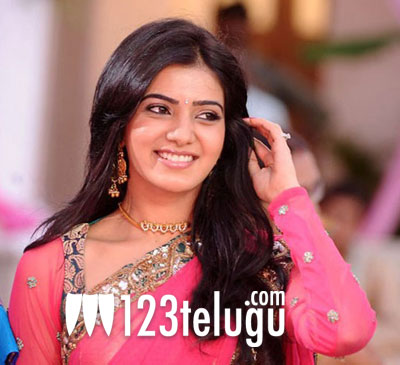 Samantha is one of the most sought after heroines in Telugu cinema today and recently, she had decided to dub her own voice in her upcoming films. Initially, she had even announced that she’ll be dubbing on her own for Gautham Menon’s upcoming film Yeto Vellipoyindi Manasu and many of her fans were eagerly awaiting to hear her actual voice on big screen. However, the actress has decided to not go ahead with the plan. “Did not dub for yvm.. Sorry.. Only the trailers have my voice.. Don’t want to risk it.. And disappoint chinmayi s fans,” she announced on Twitter. So far, it was singer and dubbing aritst Chinmayi who had dubbed for almost all of Chinmayi’s films starting from Ye Maya Chesave to her recent film Eega. Chinmayi’s dubbing for Samantha had become so popular that directors haven’t taken a risk yet to consider some other dubbing artist. Yeto Vellipoyindhi Manasu starring Nani and Samantha has been directed by Gautham Menon. Ilayaraja has composed the music and it’ll hit the screens on December 14.