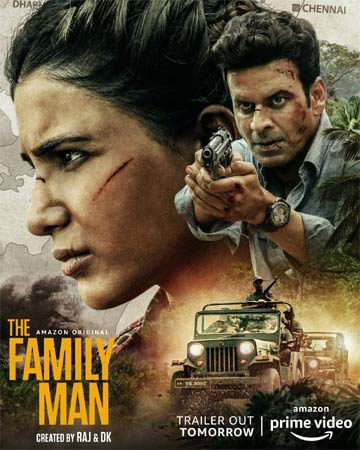 Samantha is all set to make her Hindi debut with the series The Family Man 2. She will be seen as a terrorist and this has been widely reported from day one.

Now, the news is that the star heroine will be seen as a suicide bomber and will be on a mission to destroy the country and its financial capital Mumbai. She has a connection to the guy who plays a terrorist and gets killed in season one.

Samantha will be seen in a de-glam role in this show which also has Manoj Bajpai as a cop. The series is one of the most awaited on Amazon Prime and will be out in June.