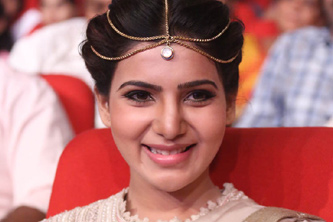 Samantha is going to be seen as the female lead in Young Tiger NTR’s ‘Rabhasa’. The movie is nearing completion and Samantha has rejoined the shoot today. The film’s shooting will be wrapped up shortly and it is being readied for a release on August 14th.

NTR will be seen with Samantha and Praneetha in this movie. Kandireega Vasu is the director and Thaman has composed the music. The film is expected to be a triangular love story with a good dose of comedy and entertainment.

‘Rabhasa’ is being produced by Bellamkonda Suresh.