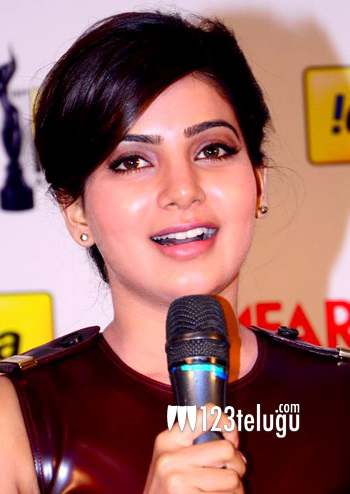 Samantha, the reigning queen of Telugu cinema, also has several high profile Tamil films in her kitty. Last year, Sam appeared opposite top Tamil stars like Vijay and Suriya. The gorgeous beauty will be seen alongside Vikram in ’10 Enradhukulla’, a road thriller. As per the latest news, Samantha has signed her next Tamil film with Vijay, her co/star in the blockbuster hit ‘Kaththi’.

Prooduced by top Tamil director AR Murugadoss, this untitled film will be directed by young director Atlee. Atlee made his debut with the hit romantic drama ‘Raja Rani’, starring Nayanathara and Arya in lead roles.

Recently, Samantha expressed her happiness about acting in several interesting films being made with exciting scripts and highly talented teams. Good going, Sam!