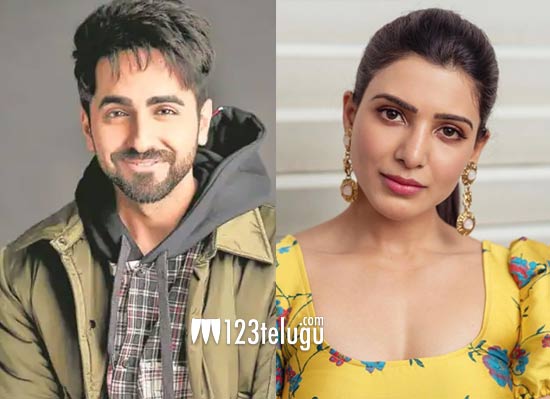 Samantha is really going place after the success of Pushpa and The Family Man series. She is being offered multiple projects and one of them is a film in the production of Taapsee.

If this was not enough, Samantha has been offered one more film with star hero Ayushman Khurana. The said project will be directed by Dinesh Vijay of Madkock Films. Samantha has a crazy role and liked the narration as per the news. But she is yet to sign the film.

Ayushman Khurana is known to do films with different content so, Sam will surely have a good role in it. Whether she will okay this film or not, only time will tell?